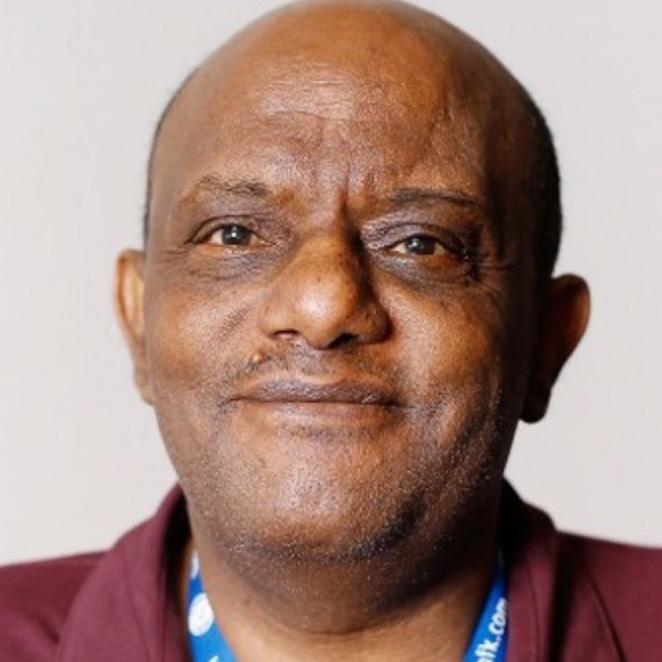 Weldgber Tekeste was born on 9 March 1962 in Asmara. He lost both arms as the result of a bomb explosion in 1977. He developed his great talent for painting in a rehabilitation and training centre in Switzerland. Some ten years later he received a scholarship from the Association, which gave him the opportunity to present his work to the public. He was admitted as an Associate Member of the AMFPA in 2000. Weldgber Tekeste paints with bold strokes of the brush. The colours form independent elements of his compositions, whether he paints a South Pacific landscape or the portrait of a native inhabitant.