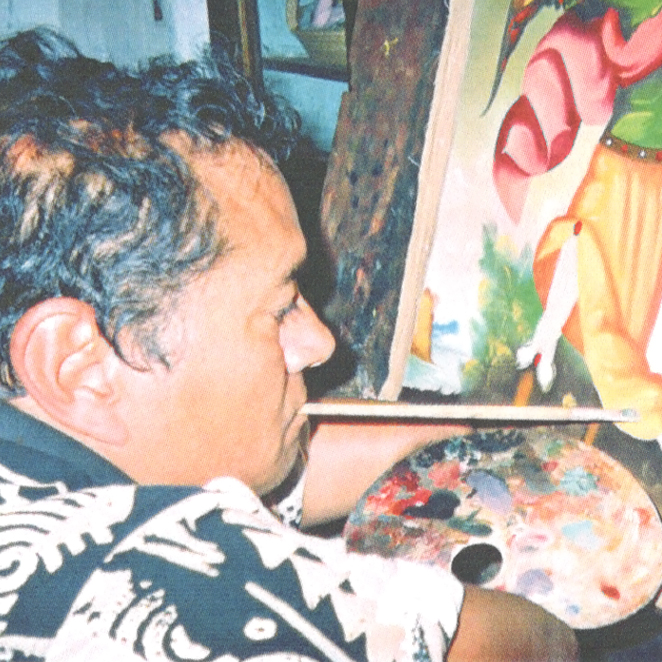 Born on 6 March 1955 in La Oroya, Felix Espinoza Vargas suffers from a disease called Agenesia from birth. He has no forearms. Felix Espinoza Vargas studied at the University of Fine Arts in Lima from 1975 to 1980. He also continued his education by attending various art courses. The artist has mastered his difficult fate through painting. He became a VDMFK Scholarship Holder in 1990. In 2005 he was made an Associate Member of the association. The mouth painting artist has had several solo exhibitions and has featured in various group shows in various countries.