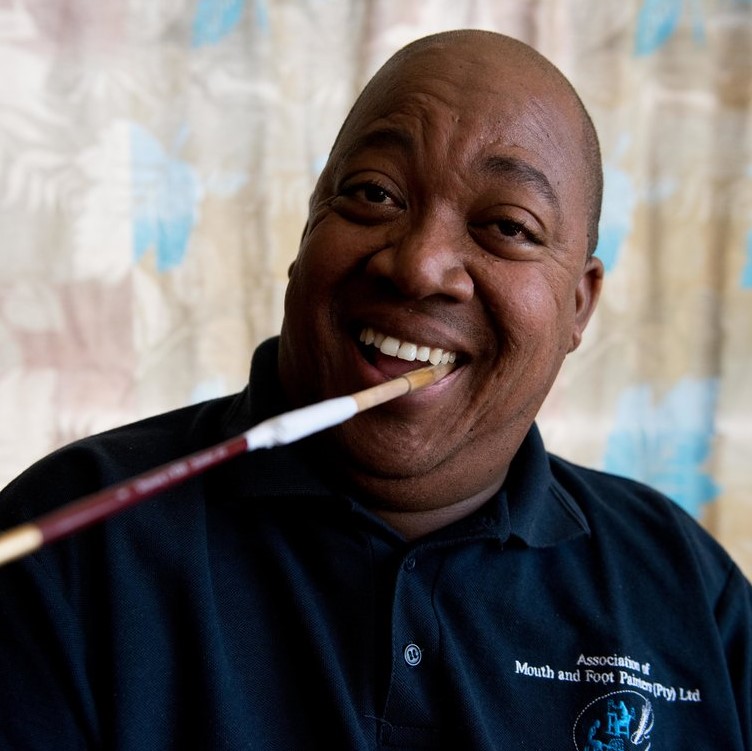 Brenton Nicholas Swartz was born on 30 October 1978 in Cape Town. Since a gunshot accident, he is paralysed from the neck down. He spent eight months in hospital and was classified as a C4-C5 tetraplegic. He attended a school for the disabled. In 1998 he finished grade 12 and went to live in a home for tetraplegic people. In 1999 he enrolled at college and studied computer-aided drawing. One of his friends who painted asked him whether he wanted to try it. In 2001 he started taking art lessons. He joined VDMFK in 2009 as a Student Member. His aim in life is to lead an independent, normal and happy life. 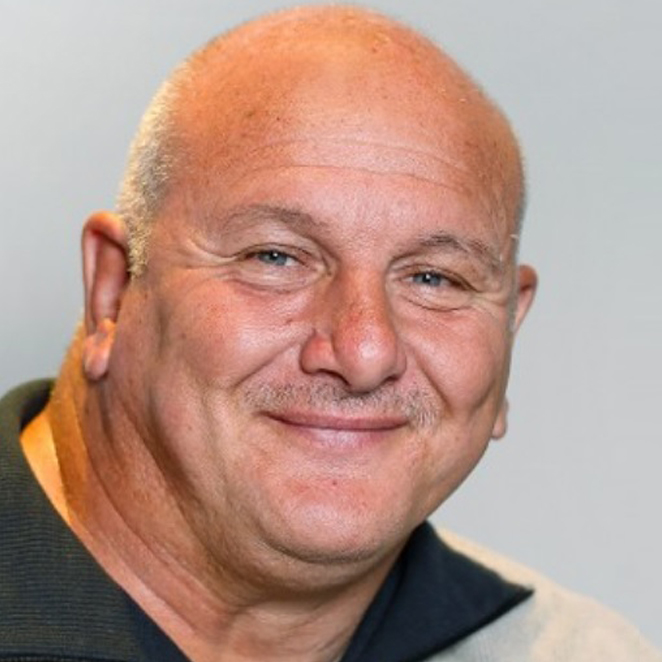 Rudolf Lombard was born on 15 August 1967 in Pretoria. In 1983 he was involved in a car accident, rendering him C4-C5 quadriplegic with paralysis of all four extremities. After completing secondary school the artist enrolled in a school for the disabled in 1986. He became interested in art while still at this school, creating the first pencil drawings with his mouth in 1986. Subsequently, he focused on his university studies in computer science and on his professional career. It was not until 2002 that he took up mouth painting again. He became a Student Member of the Association in 2003. In 2009 he became an Associate Member of the Association. His preferred media are oil and acrylic. Frequently he combines these two media, which constitutes “a mystic experience to him and provides the opportunity to use colour effectively”, as he himself says. His favourite themes are portraits, landscapes, animals and flowers. 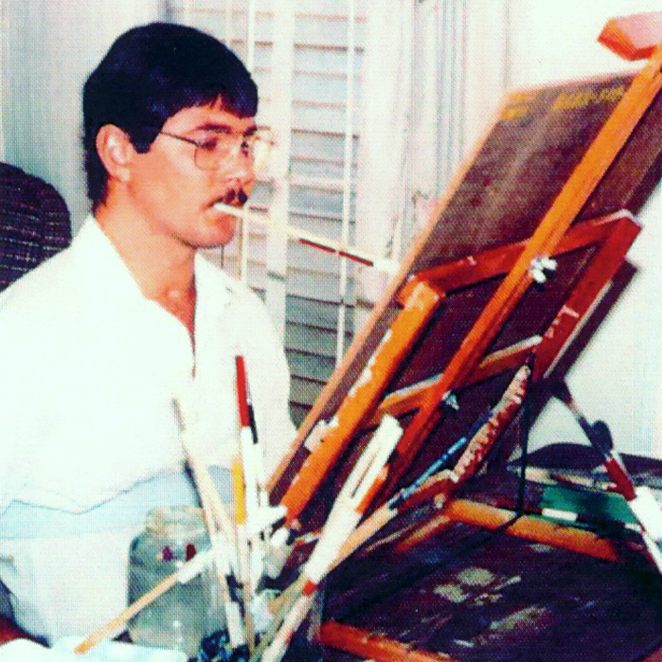 Frederik Stefanus Botha was born in Pretoria on 26 August 1965. In 1983 the artist enrolled as a law student at the University of South Africa. After pursuing his studies for a period of two years, the mouth painter decided to join the police force where he intended to complete years three and four of his studies. In April 1986, he was involved in a car accident which left him a quadriplegic. He is not able to move his arms or feet at all. In 1991 the artist began painting by mouth. He became an autodidact and taught himself how to use his mouth for painting. 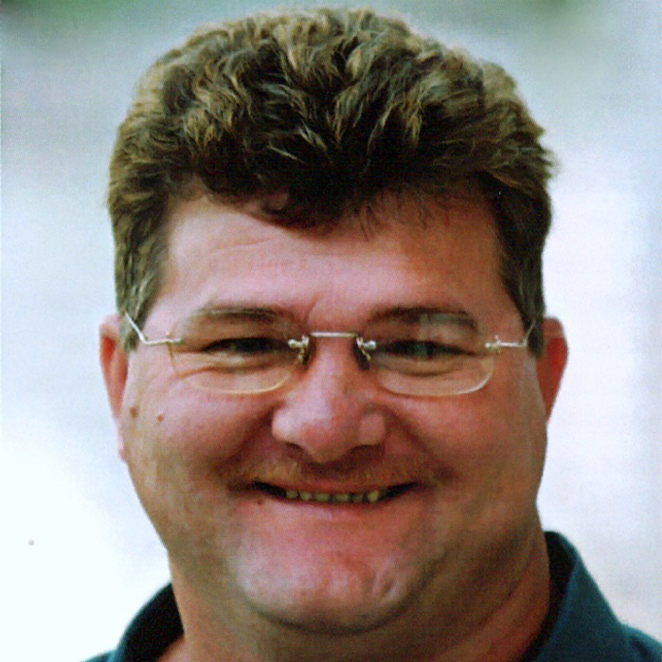 Justice May was born on 1 March 1968 in Pretoria. He attended a technical college and subsequently started an apprenticeship as an electrician when his career plans were thwarted by a diving accident at the age of eighteen. He injured his spinal cord at C5/C6 and as a consequence remained paralysed. Hardly 2 years later, he started painting with his mouth and then with oil colours on canvas and aquarelle colours. Since the beginning of his artistic career, he has attended several courses with famous art teachers. In 1989, Justice May was granted a stipend by the association. As a consequence, his works were presented to the public at different exhibitions. 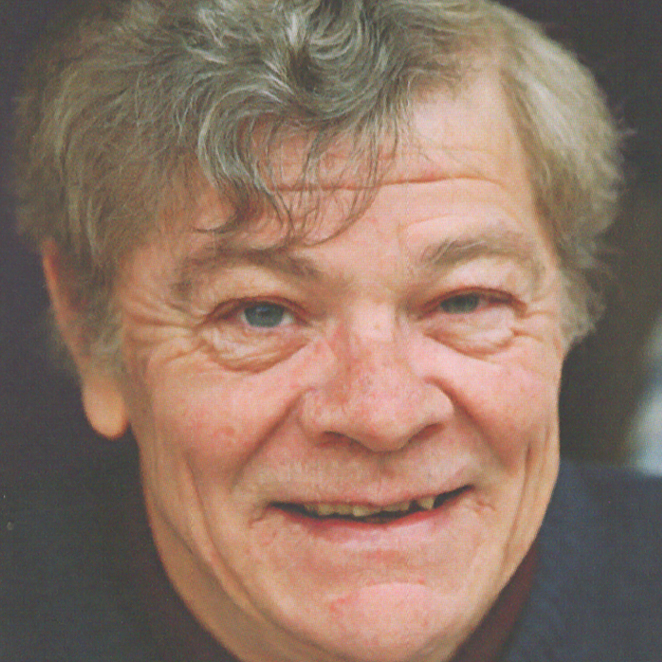 John Louw was born on 26 January 1949 in Namaqualand. He had an accident in 1967, at the age of eighteen, while riding his mountain bike, resulting in paralysis of all four limbs. A few years later he began to paint with the mouth. He was soon able to make progress. In 1987 he received a Scholarship from the Association. In 1997 he became an Associate Member of the AMFPA. John Louw has a passion for scenes taken from the animal kingdom in Africa. He also likes to paint landscapes depicting his native country. His favourite techniques are oil and watercolour. Today, John Louw lives in a small South African village called De Aor. The poverty that he saw and experienced in this region led him to establish a home for homeless children. At present, this home provides accommodation for thirty-five children. 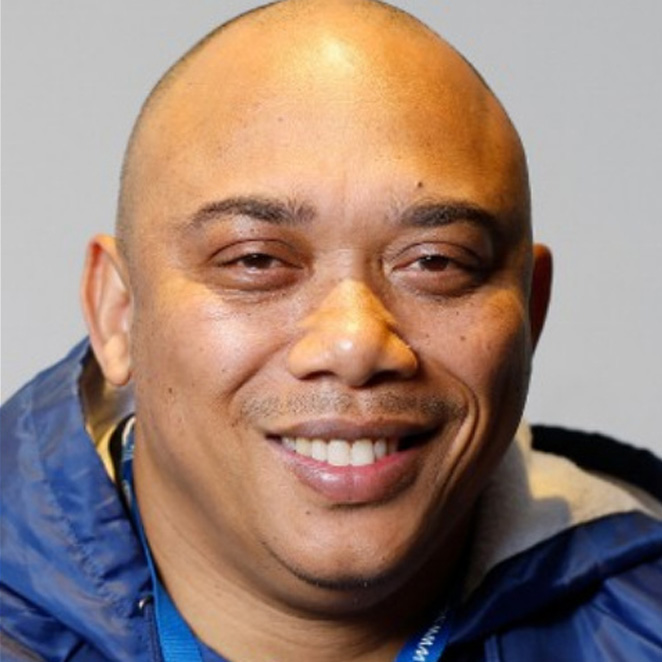 Martin Charl Sodoms was born in Voelklip, Hermanus, on 20 April 1974. In December 1996, he had a diving accident in which he broke his neck at C5/ C6 vertebral level, leaving him tetraplegic. A teacher of painting introduced him to art nine months after his rehabilitation and during his stay in hospital. She helped him to learn to paint by mouth. Since 2002 he has received support from the VDMFK in the form of a Scholarship. The Association awarded him Associate Member status in 2014. 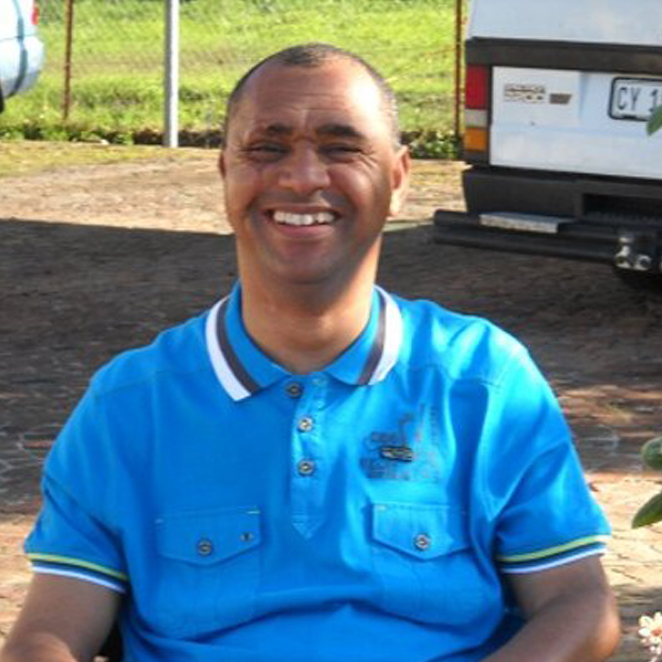 Patrick John Botto was born in the mid-sized town of Grabouw on 18 September 1970. He successfully completed his secondary school education in 1988. Later, he joined the South African police force in January 1991. On 12 November 1993, he was involved in an accident. Patrick broke his C4/C5 vertebra, which resulted in a complete spinal cord injury: tetraplegia. In 1998 he began painting with his mouth. For the first five years, he attended art classes and took formal painting lessons, all of which enabled him to make swift progress. 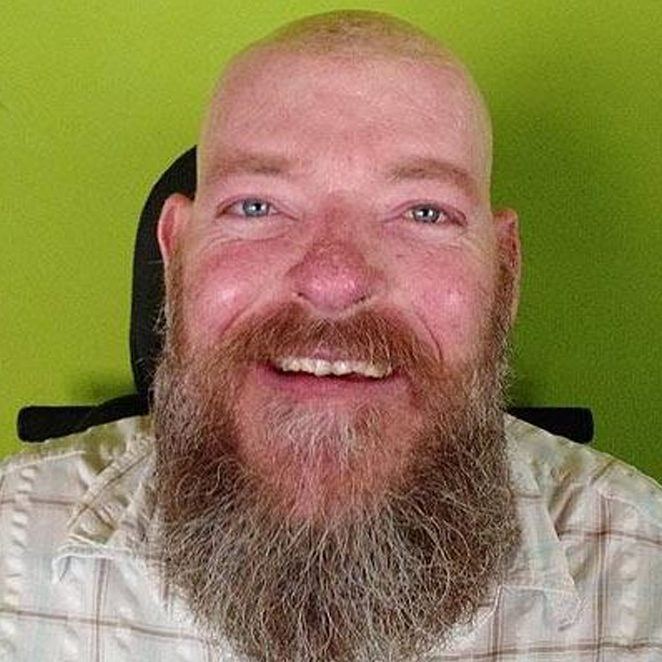 Dieter Marzinger was born on 18 October 1971 in Piet Retief, South Africa. Prior to his grave accident in May 2002, Dieter was a karate instructor and teacher. As a result of diving headfirst into a river, he became a tetraplegic, as he fractured his vertebrae at C5/C6. About six months later, in November 2002, he made the first attempts at painting with his mouth. Over the years he was able to make remarkable progress with himself and painting. VDMFK granted him a Scholarship in 2005 and later in 2017, he became an Associate Member of the association. Dieter Marzinger prefers painting in oil. His themes vary from landscapes to animals of his native country South Africa. 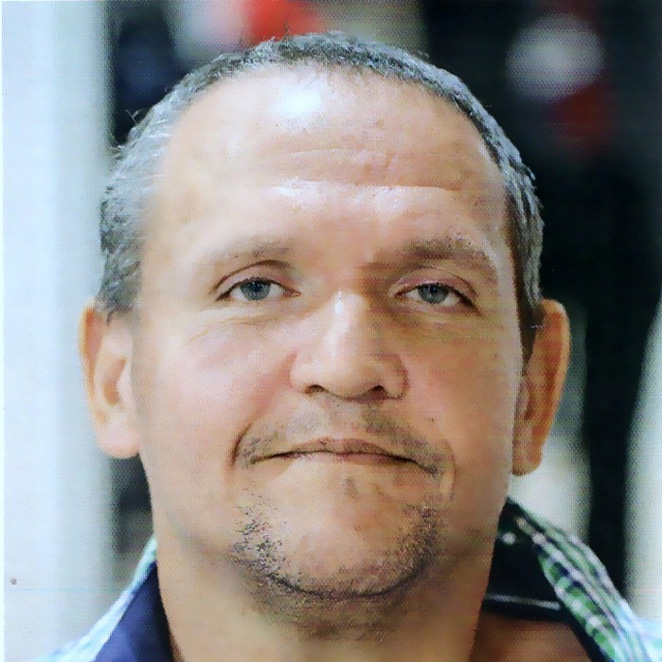 Chris Opperman was born in Lichtenburg, a small town in the northwestern province of South Africa, on 6 November 1969. He finished school in 1987 and began studying theology one year later. In 1989, on the day when he wrote his last term paper, he had a bad fall and fractured his fifth cervical vertebra. During occupational therapy, he was given a brush, paint and a polystyrene figure, but initially showed no interest in painting. It was not until 1992 when he moved to a home for tetraplegic people and saw several residents paint with their mouths that he made an attempt and took pleasure in it. Painting then became his great passion. In 2002, he was given a Scholarship by the Association. Since 2017, he became a Full Member of AMFPA. Chris Opperman prefers the technique of oil painting. His predominant themes include the landscapes of his homeland as well as animals and people.