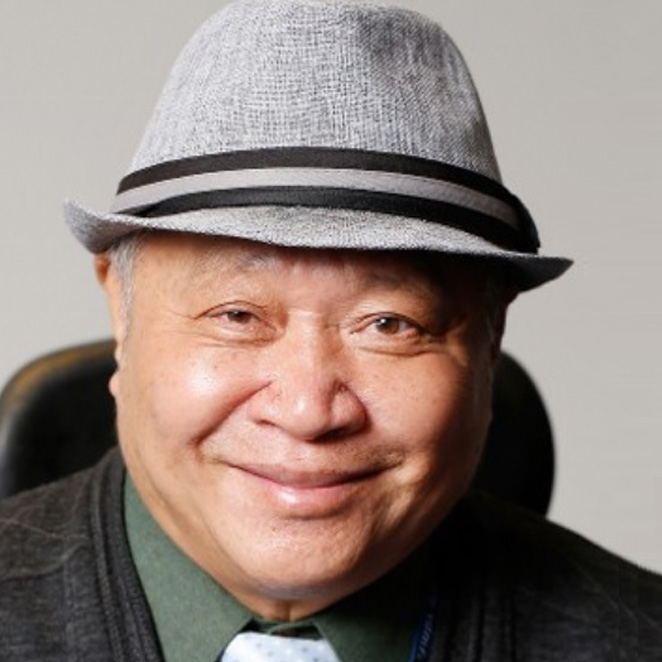 Ko Shu was born on 7 July 1955 in Kao Xiung, Taiwan. After completing primary school he did not continue his school education but – because of the bad economic situation of his family -learned the trade of a woodturner. In 1971 he joined the army and due to his excellent physical skills – he was a good swimmer – he was selected for the special unit of the Taiwan Marine Corps. In the autumn of 1973, he was practising for a diving show and did not realise that the tide in the bay had gone out and the water was too shallow for diving. When he dove into the water he struck the rocky bottom with his head and fractured his fifth and sixth cervical vertebrae. The accident left him tetraplegic. After several years filled with sadness, Ko Shu made the first attempts at painting with his mouth in 1983. 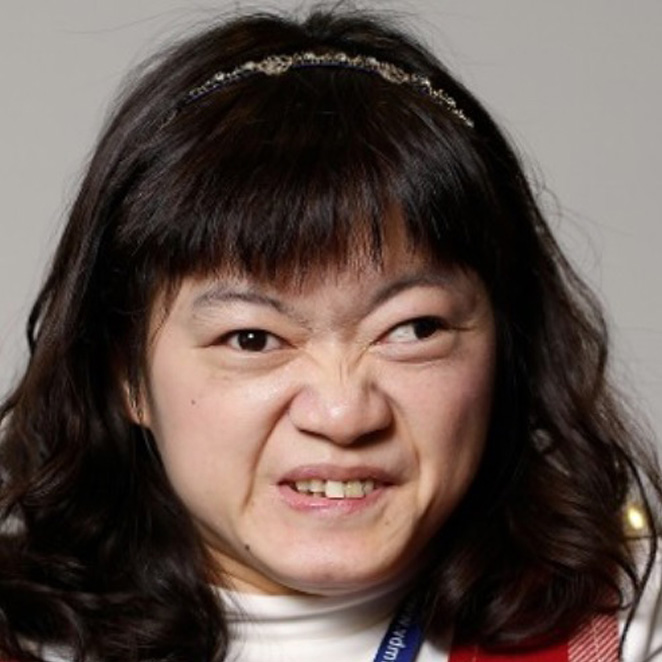 Shu-I Yang was born on 6 July 1979 in Kwan Shi City. As her mother had to perform very hard physical work during her pregnancy, Shu-I Yang fell ill with hyperbilirubinemia one day after her birth. Because the attending doctor did not give her the necessary blood transfusion to treat the condition, she developed cerebral paralysis of the upper limbs. The deformation of her hands and feet impaired her movements. As a consequence, she is confined to the wheelchair and depends on her mother’s daily care. From childhood on, she had an interest in nature and developed a passion for painting. 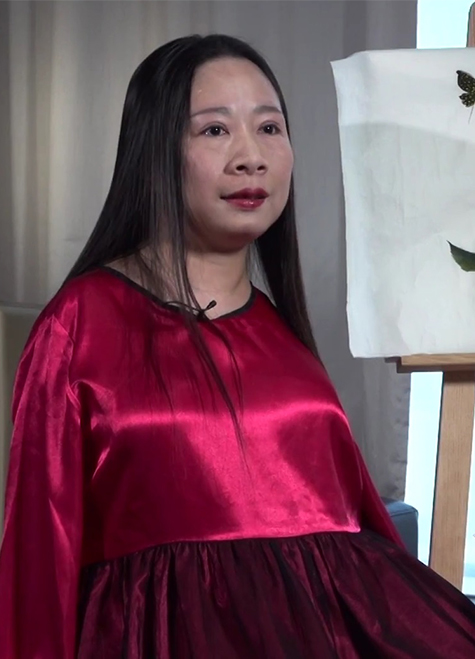 En-Tien Yang was born on 5 March 1974 in Kang Shan. In October 1974, i.e. six months after her birth, she was abandoned on a market. A social worker heard her crying and, much to the surprise and astonishment of the woman, the baby had no arms and one of her legs was shorter than the other. En-Tien was taken to a police station. Countless orphanages were contacted, but none of them was willing to take the child. Finally, the little girl was adopted by a priest. Later, the different length of her legs caused her to develop scoliosis. When she was recovering, she started searching for something to do with her life. As she was interested in art, her foster father tried to find a teacher for her. From 1990 onwards, she has been supported as a Scholarship Holder by AMFPA. 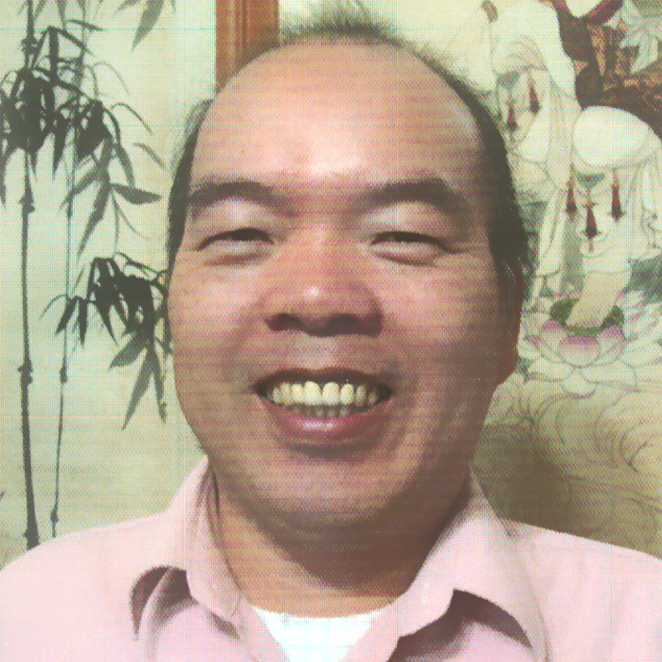 Yu Chen Lin was born on 14 September 1963 in Yunlin County. In 1991 Yu Chen Lin had a grave electric accident on a construction site, which resulted in his arms having to be amputated above the elbows. He also lost his hearing. Encouraged by his family and friends, he started to learn to do mouth painting in 1994. Subsequently, he became increasingly involved in calligraphy and painting. Henceforth he strove to improve his artistic skills. In 1998 he became a Student Member of the Association. He was granted Associate Membership of VDMFK in 2010. 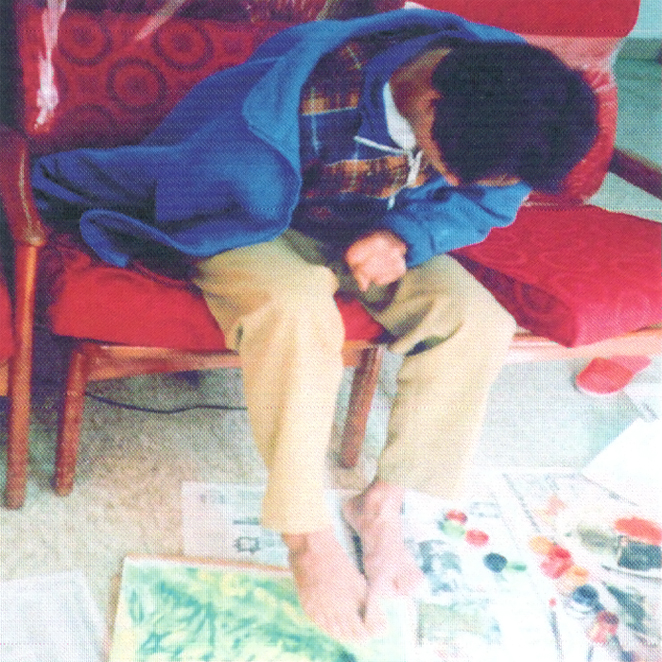 Jui Chin Liao was born in Taipei on 27 September 1975. When he was three, he fell ill with meningitis. He then lived in an orphanage till the age of fifteen. Over his school years, he was taught how to use his foot for writing, painting and drawing. In 1994 he became a Scholarship Holder of the association. Since 2011, he has been an Associate Member of AMFPA. The artist’s favourite themes include landscapes and flowers for which he uses oil painting. His artistic achievements did not go unnoticed and the artist has been able to present a number of his works at numerous group exhibitions. Besides painting, his hobbies include swimming, playing chess and different ball games. 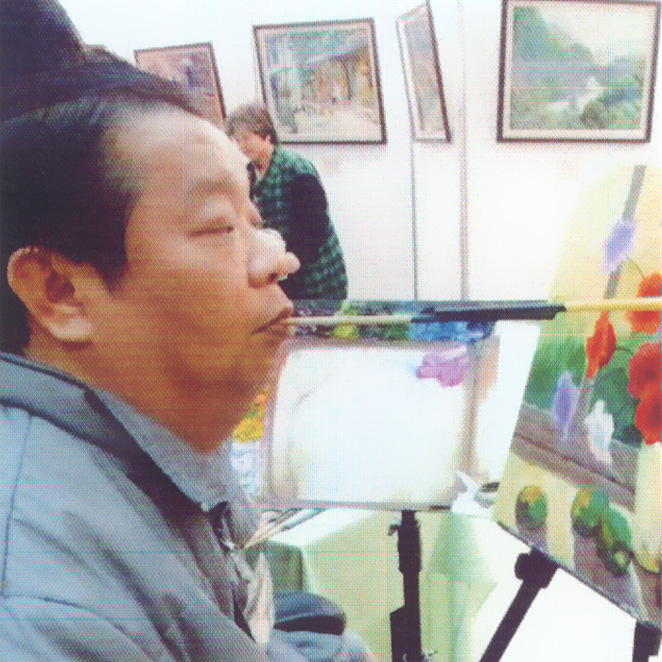 Mr Fu-Tsai Tung is a mouth painter and was born on February 19, 1963, in Chong Ho City. On September 2, 1983, he suffered an injury while diving near Tainan beach. Mr Tung was brought to the Army Hospital in Taipei. After three months the doctors told him he would remain paralyzed for the rest of his life. For nine years the artist had lost all zest for life until he started painting with his mouth in 1993 and took great pleasure in it. As early as one year later he was granted a Scholarship by the association. Since 2011, he has been an Associate Member of AMFPA. His favourite themes include flowers, landscapes and still lifes which he paints with oil. He has participated in numerous exhibitions in Taiwan and as a result, the artist has received media coverage on several occasions.