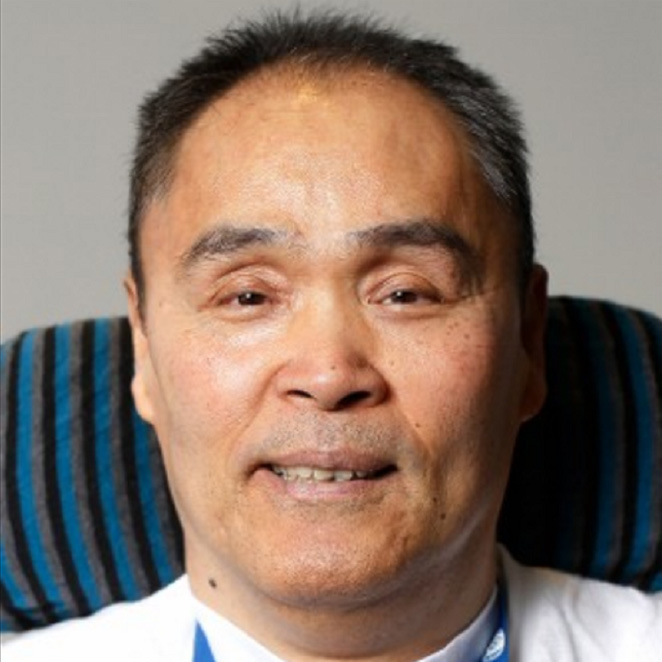 Born on 28 August 1951 in the Prefecture of Nagano, Eiichi Minami was seventeen years old and in third grade of High School when he suffered an accident in a judo competition in the Prefecture of Nagano in 1972. His spinal column was injured and his limbs remained completely paralysed. Eiichi Minami spent three years in hospital, and with rehabilitation therapy, he managed to move his arms slightly. For all the daily tasks, however, he requires help. Eiichi Minami was fond of painting even before his accident. For this reason, he took a brush into his mouth after being released from the hospital and started to paint this way. His first attempts were with watercolour, later he took up oil painting.

Eiichi Minami mainly paints still lifes. At the same time, he would like to paint the cheerful and hopeful scenes of young people and animals from all over the world. In 1982, he was granted a stipend by the association. Ten years later he was accepted as an Associated Member. In the course of the years, he has achieved great success with his works. One of his achievements is the fact that his painting “Rainbow over a Hill” was chosen as the motif for the stamp edition “Peace 2000” by the Principality of Liechtenstein.