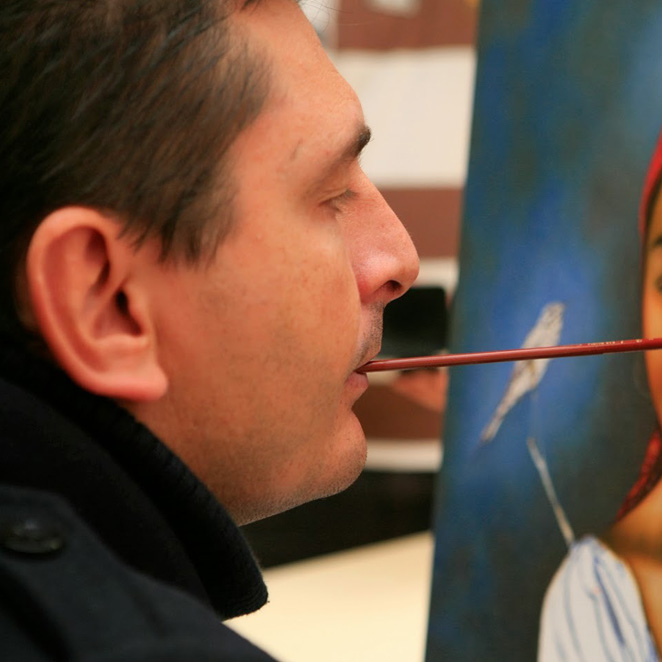 Francisco Palos Jimenez was born in Barcelona on 18 November 1960. Still, at primary school, he had already started working at the age of eleven. When he was working at the age of twenty-five he had an accident which left him tetraplegic. His arms and legs have been paralysed since then. In a while, Francisco discovered his love of art, quite by chance, while playing mouth painting with his daughter. He continued to paint as part of his rehabilitation. Gradually, painting became his hobby. Frequently he would spend seven or eight hours a day working to improve his artistic skills. In fact, he learnt to become a mouth painter completely by himself.

The VDMFK began supporting him in 1996 by granting him a scholarship. He held his first public solo exhibition in the same year. The Association awarded him the Associate Member status in 2014. Francisco likes to travel in search of ideas for his painting. He enjoys painting children with animals as well as the landscapes which inspire him on his journeys. The artist conveys his enthusiasm through the colourful and lively way of his painting. He started off by using oil paints, now however, he prefers acrylic colours. But he also likes painting with crayons, charcoals and watercolour.

Flowers by the Bay