Jacques Villeneuve was born on 15 March 1958 in Belgium, with severe physical disabilities. He cannot use his arms and legs as it developed unequally. He started to paint with his mouth at the age of six and has constantly striven to further develop this skill. Jacques attended the City of Tienen Drawing Academy, where he completed the upper secondary course. He completed the final course in drawing and painting at the City of Leuven Academy. Jacques Villeneuve frequently chooses landscapes or figurative fantasies as motifs for his paintings. However, his main strength is his circus scenes painted like a mosaic in bright colours and characterized by convincing poetic expression.

At the young age of twenty-five, in 1975, Jacques Villeneuve was granted a Scholarship by the Association. Five years later he became a Full Member of the AMFPA, which gave him the opportunity to organize and stage solo exhibitions and also to participate in group exhibitions. He primarily exhibits his works in the City of Tienen, where he lives. He has also had exhibitions in other Belgian cities and in Poland. 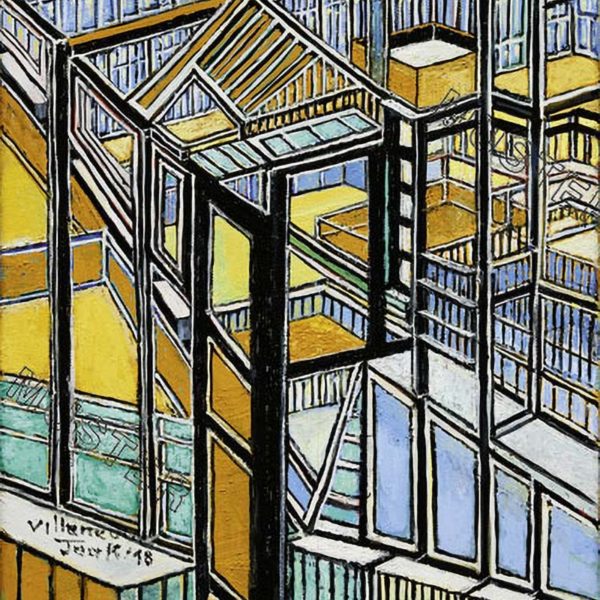