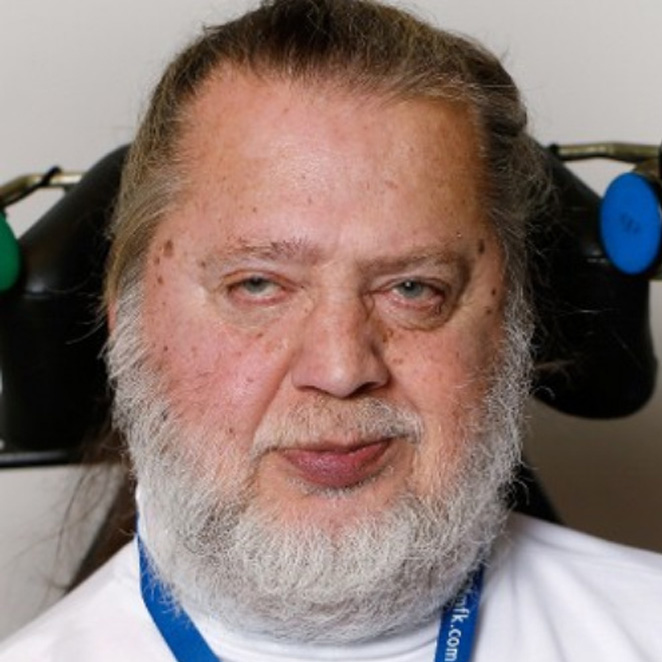 Jerzy Omelczuk was born on 24 August 1957 in Siemiatycze, with infantile cerebral palsy. From his third birthday on he lived in homes of the public health service. He got interested in painting at a very early age, took a pencil with his mouth and started drawing. A few years later he was presented with paints and a brush, which made his love for painting even stronger. During the early years, he learned mouth painting as an autodidact. Since 1980, Jerzy Omelczuk has been engaging in easel painting. It was only two years later that he was accepted as a student by the Association, which allowed him to intensify his mouth painting activity.

At the beginning of his career as a painter, he concentrated on watercolour, today he primarily paints with oil. Over the years he has painted well above 1000 oil paintings. Jerzy Omelczuk prefers painting landscapes, still lives, portraits as well as religious motifs. He has had the opportunity to show his numerous works to a broad public at well above 100 group exhibitions. In 1997 the mouth painter became an Associate Member of the Association. In addition to painting, Jerzy Omelszuk is very interested in history.