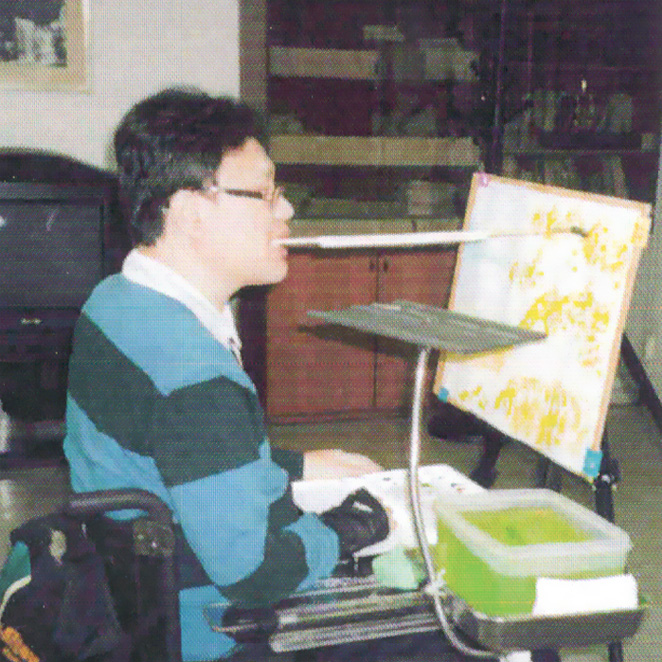 Jin Hyun Song was born on 4th November 1968 in Daegu. He graduated from the University of Daegu in Chemistry. In February 1996, he was so severely injured in a car accident that he remained paralysed in all four limbs. This happened while he was serving in the army as a captain. In his search for a new meaning to life, Jin Hyun Song met a mouth painter from AMFPA, who encouraged him to paint holding the brush in his mouth. In the beginning he taught himself the basic theory. A short time later, in March 1998, he found a painting teacher, Mr Byun-du Bae.

From that time, the mouth painter took private art lessons for three years.  Since 2008, Song Jin Hyun has been supported as a scholarship holder by the association. In 2011, he became an associate member of AMFPA. Song Jin Hyun uses watercolour and oil techniques. His favourite themes include flowers and the landscapes of his homeland. The artist has already participated in several exhibitions and introduced a wide public to his work.