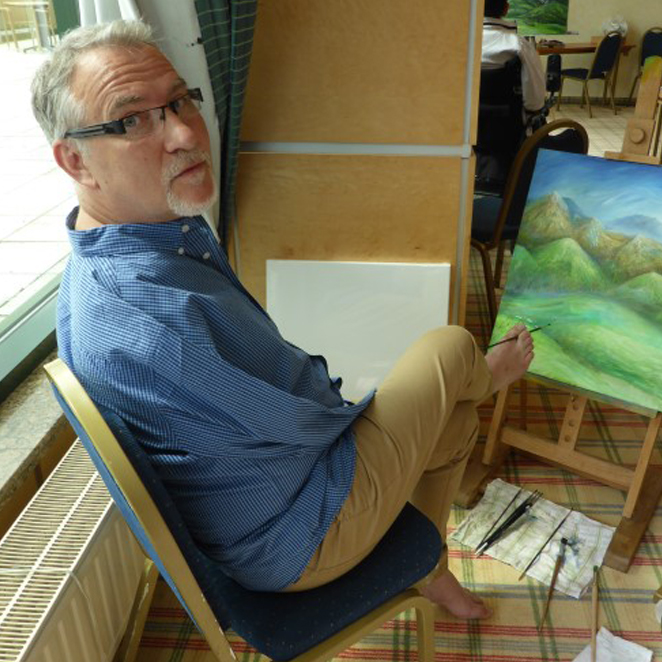 Krzysztof Kosowski was born in Jablonowo Pomorskie on August 5, 1963. When he was nine years old, he lost his hands as a result of being electrocuted. He studied the history of art for two years at the University of Wroclaw. He paints by mouth and feet and employs a number of techniques, the most frequent being oil, mixed media, watercolour and Indian ink. He finds inspiration for his work in fairy tales, myths and the world of the imagination, as well as the reality which surrounds him. He has been a member of the Association of Foot and Mouth Painting Artists of the World since 1988.

He says “I try to combine various moods and threads: they often contain notes of nostalgia and irony or satire. People react to them in various ways. I attempt to create work which is multilayered. I would not like to impose my way of seeing things or reacting to them on anyone.” Krzysztof became a Full Member of VDMFK in 2015. During his artistic career, he got the opportunity to present his artwork at solo and group exhibitions in Poland on various occasions.