M. V Ravindran was born in Payyanur, Kerala, on 1 March 1969. At the age of two, he fell ill with polio which left both his legs and hands temporarily paralysed. In sixth grade, he had another accident which fractured his left knee. He had to stay in bed and go through rehabilitation and other treatments. He did recover but lost the ability to walk completely. After seventh grade, he was totally helpless and gave up school. Ravindran’s interest in painting was already noticed by this time. He gave up paintings when his physical health further deteriorated and that he couldn’t hold the brush with his fingers.

Later on, he met and visited a well-known mouth painter who lived close by. Under his guidance, he began painting with his mouth. He practised incessantly until he mastered mouth painting. From 2003 onward, he was supported by the association as a scholarship holder. Since 2011, he has been an associate member of MFPA. M.V. Ravindran uses oil and acrylic medium for his paintings. His favourite themes include the landscapes of his homeland, flowers and people. 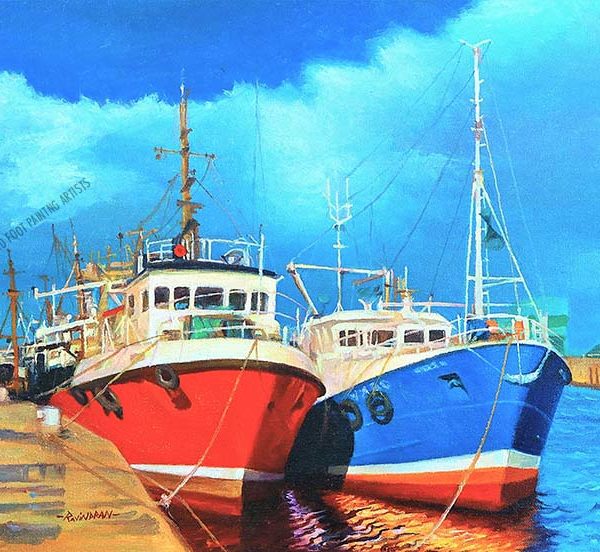 Ship at the Harbour 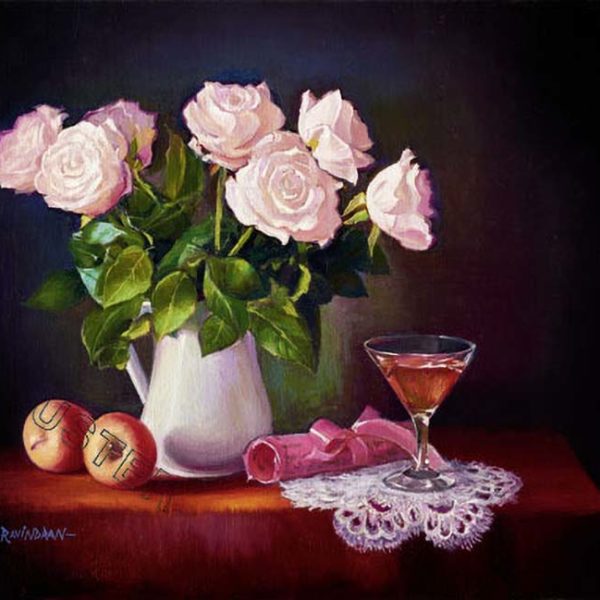 Palms by the Bay

Flowers by the Pot

Ship at the Harbour

Palms by the Bay

Flowers by the Pot