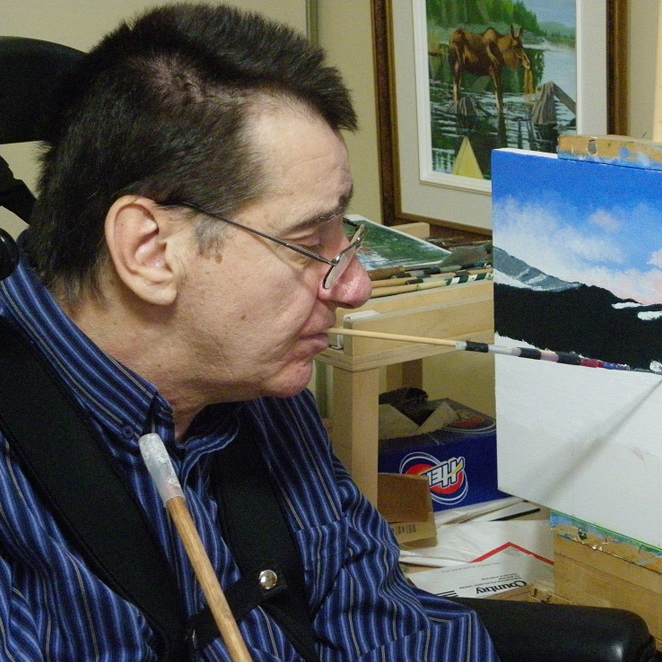 Michel Guillemette was born on 27 March 1947. At the age of nineteen, he who led a life like most teenagers had a diving accident where he broke his spinal column, leaving him a tetraplegic. After several years in a sanatorium, he learnt how to write with his mouth thanks to a rehabilitation programme. He also attempted mouth painting and became aware of his talent “which is going to enable me to live a more independent life”, as he emphasizes. From 1985-90, he took lessons with an art professor and improved his technique. In 1987 he received a Scholarship from the AMFPA.

The favourite subject of Michel is landscapes. His works, mainly oil paintings, were presented to the public at numerous exhibitions which granted him fame. The biggest success of this well-known artist was his painting of Nativity of Jesus Christ, which was used for the Christmas stamp of the Canada Post in the year 2000. Michel Guillemette gives talks about his life and his experiences in schools and hopes that it help the pupils to build a better future.