Netta Ganor was born in Jerusalem on 28 October 1979. After attending elementary school, high school and College of Management she gained a Bachelor’s degree in computer science in 2001 before going on to complete a Master’s Degree and a doctoral thesis in Business Administration & Information Systems. She works at a hi-tech company, has been married since 2009 and is a mother. On 25 November 1994, her life was turned completely upside down. She was a “geek” high school student who practised athletics and enjoyed making art craft, when she contracted “Transverse Myelitis” – a rare syndrome which inflated her spinal cord and left her paralysed from the shoulders down, dependent on a ventilator.

After she had recovered sufficiently to come off the ventilator, during rehabilitation, Netta met a mouth and foot painter and decided to give the painting a try. She started out with watercolour and later switching to the acrylic technique which remains her preferred painting method right up to today. Above all, she enjoys painting landscapes, animals, flowers and people. The VDMFK supported her as a student from 2003 to 2015 and she became an Associate Member of the VDMFK in 2015. In 2012 she wrote and illustrated a children’s book which achieved high sale figures in Israel. She is self-taught and uses the internet as her primary source of learning. 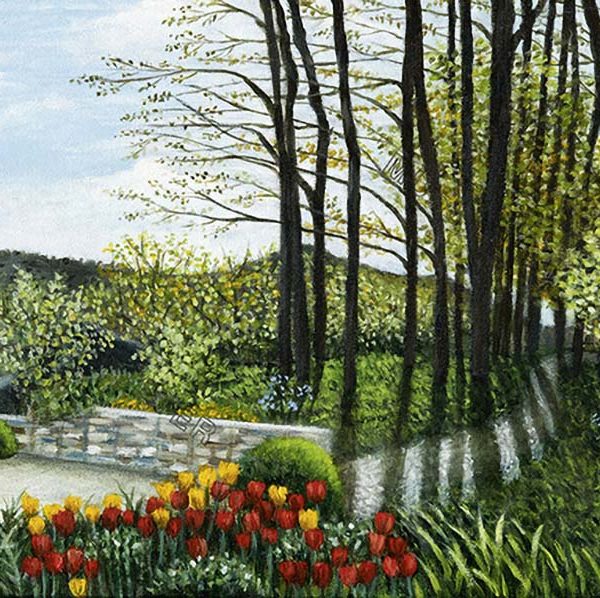 Soothing to the Eyes