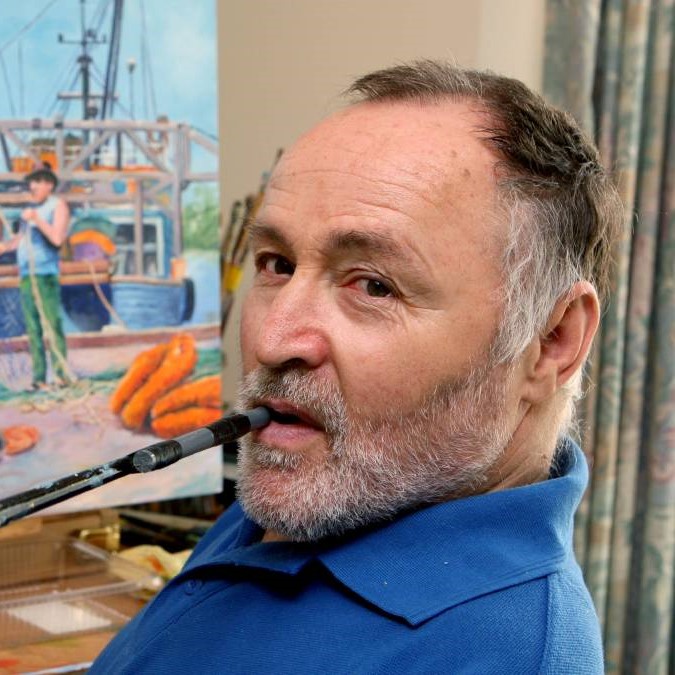 Born on 1 March 1954 in Australia, Simon Rigg became a quadriplegic when he broke his neck after falling off a roof in the central Victorian town of Castlemaine in 1982. Before the fall, Simon was a landscape gardener and the superintendent of grounds at the Alexander Home and Hospital in Castlemaine. Simon visited MFPA member Bill Mooney, on his first trip out of the Austin Hospital in Melbourne, who encouraged him to try mouth painting.

He tried painting with his mouth but became very frustrated with the technique and went into computer-aided design, mainly for landscaping, for a few years but eventually returned to mouth painting, which he believes is more satisfying. In 1990, Simon was awarded the MFPA Student Membership. He moved to Longford, Tasmania in 1996 where he continues to paint and still considers Bill as his inspiration.