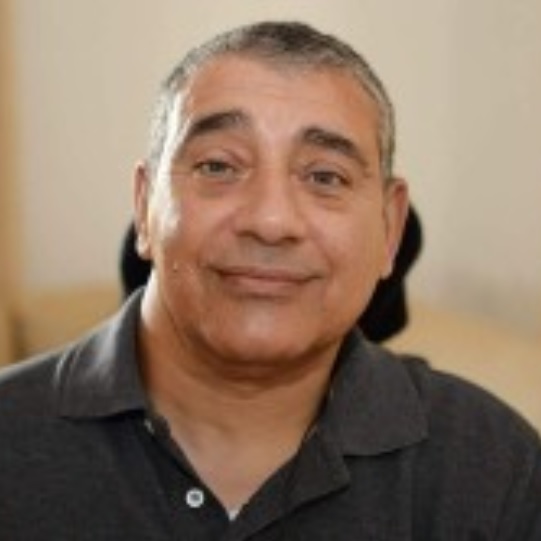 Yohai Levy was born on 17 March 1966 in Beersheba. In 1988 Yohai was severely injured in a motorcycle accident. Since then, he has been completely unable to use his hands and feet. Shortly afterwards, he made his first attempts at mouth painting. He derived great pleasure from it and therefore mouth painting became a fundamental part of his life. Only three years after his accident he received a scholarship from the Association which enabled him to concentrate intensively on his artistic activity. In 2000, he became an Associate Member of the AMFPA. Yohai Levy received a lot of support such as painting lessons from the Israeli publishing house, in order to make progress with the painting.

Thanks to this support he was able to make great progress within a very short period of time which influences his works a great deal. In the last few years, Yohai has committed himself to work with young people. He gives talks in schools on the prevention of road accidents and on his special painting technique. He furthermore receives regular invitations from universities to talk about rehabilitation to psychologists and social workers. The favourite subjects of Yohai Levy are flowers and landscapes. He predominantly paints in watercolour. The mouth painter can look back on many exhibitions in his career as a painter.