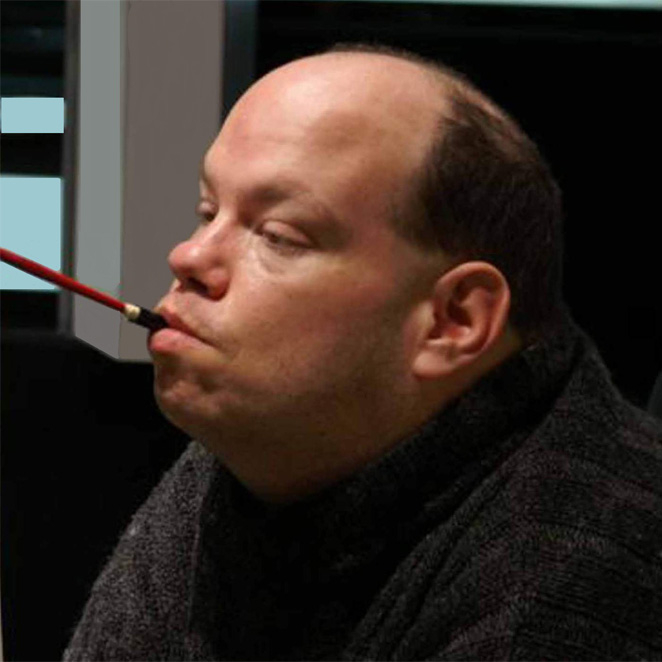 Ian D. Parker was born in Crawley, West Sussex, on 8 July 1970, with a rare medical condition known as arthrogryposis multiplex congenita (AMC). As a result, he has been unable to walk or use his arms since birth. He attended Chailey Heritage Craft School at a very young age to receive physiotherapy. It was here that he also learned to paint with his mouth. Then, after he had turned 20, he moved to Stoke-on-Trent where he studied and graduated in art at Staffordshire University. He became a Student Member in 2014.

Ian’s works encompass a wide variety of motifs. He enjoys painting landscapes which often features red robins, snowmen, children at play or steam locomotives. In general, he prefers to use oil and acrylic as his painting techniques.