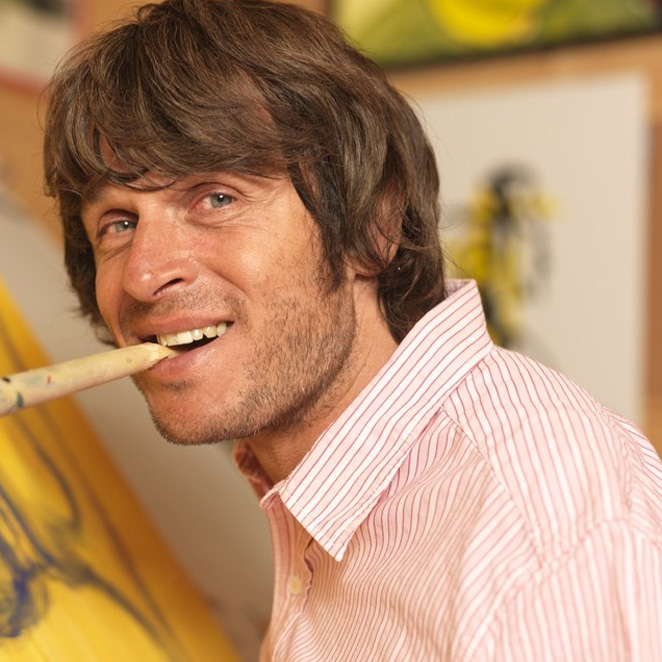 Paulus Ploier was born on 4 November 1965 in Nussdorf am Attersee. In 1981, he was injured in a diving accident and became paralysed. Since his accident, he has not been able to use his arms and legs. In the rehabilitation centre, he discovered his creative talent for painting with his mouth. In his first phase, he learnt how to paint with his mouth as an autodidact. From 1987 to 1990 Paulus Ploier took art and painting lessons. In 1990 he was granted a Scholarship by the association and four years later he became an Associate Member. In 1999 AMFPA granted him Full Membership.

Paulus Ploier’s favourite motifs are abstract and surrealistic topics. Lightly coloured ink sketches in which he depicts generous motifs are his stylistic preference. His works are characterized by a quality which would never remind us of such a handicap or make us think of a second-quality artistic substitute as an art historian put it. Paulus Ploier has been very successful with his paintings on several occasions. He also took part in numerous exhibitions in Austria and abroad which received extensive media coverage.